You are here: Home / Archives for Ireland 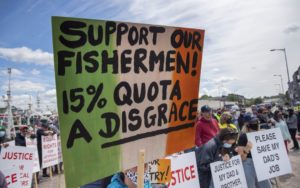 Here is our Pledge to the Irish People

1️⃣ Support SMEs and Entrepreneurial Start-ups and strive to make them the backbone of our country once again.

2️⃣ Work with fishermen to regain lost fishing quotas for this country and get this industry back profitable and thriving. 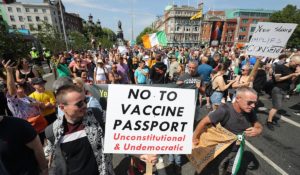 We support the farming industry.

4️⃣ Work towards making our country self sufficient for food , power, water. No water tax ever.

5️⃣ Save money by fighting against corruption, wastage and inefficiency in the public service and hospitals.

6️⃣ Protect our constitution, our neutrality, free
speech and our sovereignty.  No to the new WHO treaty. 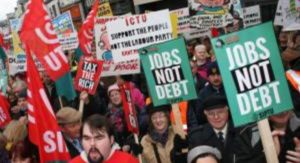 7️⃣ Review the government climate change policies. Many of the elites preaching to us are definitely not leading by example. We believe pollution to be an even greater threat. No to using northern Ireland as a nuclear waste dumping ground. We believe in a just transition.

9️⃣ Control the level immigration into this country in order to stop the entry of criminals, preserve our culture , provide proper living conditions for those immigrants that allows them live happy and productive lives while making sure our own citizens rights are not compromised.

🔟 Provide mechanisms where young people etc. will be able to buy and own their own homes, be it through grants, subsidies or low interest rate loans. This is a basic human right.

We here at The Reclaim Ireland Party are looking forward to Moving Ireland into a new future for the people.

So Join our Party and lets reclaim our Freedoms

Carefully observing the development of the conflict in Ukraine Reclaim

We call on the Irish Government and following Organizations to

maintain our nations stance as a neutral country amidst the ongoing conflict between Russia and Ukraine.

✅ We as the nation of the Republic of Ireland are not unsympathetic to the plights of war. As we witness the events of conflict unfold between Russia and the Ukraine, we hope and pray for the quick resolution to the differences in amicable and peaceful terms.

We emphasize that any difference between Ukraine and Russia should be solved with means of diplomacy rather than with means of guns and bombs. In this context we insist to sustain the traditional neutrality of the Republic Of Ireland

✅ Within Reclaim Ireland please note, that all individual party constituents opinions are their own and may or may not reflect the party mandates. Nevertheless each voice is respected and counted. Any individual opinion may however be discussed and if consented within the party it may will be adopted as opinion of the party

✅ As much as we sympathize with the civilian victims of this conflict, the consequences of their suffering should not be born by the people of Ireland. Whilst the people of  Ireland are willing to help it should be kept in mind that it cannot do so in unlimited means . With that in mind, Ireland struggles with its own challenge of poverty of its local population and cannot be burdened with humanitarian cover for victims of geopolitical war games. These cost should be born by the stakeholders of the conflict.

Commitments by the government beyond the means of the State will cause unnecessary burdens for the Irish people who still suffer from decades of austerity and have to cope with the economic impact a mismanaged pandemic has caused.

✅ To request the UN Security council to table a Motion calling for a Ceasefire Between the Russian Federation Forces and the Government of Ukraine Armed forces and for both to withdraw from these areas outlined above.

✅ to plan and create a new peace keeping force of UN Troops to be sent to the new Donbass Republics, to confirm their withdrawal and to enforce a cease fire in the area & support Humanitarian Efforts.

✅ Ensure that “NO Country work with or sponsor local militia or covert operations in the Ukraine including the disputed republics and Crimea”.

✅ From the perspective of a neutral country we are concerned, that NATO efforts rather increase the conflict potential than calming it.  It is understood that the core of Russian military operation is triggered by the breach of NATO’s commitment from 1990 “not to expand an inch” beyond the German border in order to obtain Gorbatchovs agreement to the German reunification.

✅ Stop Sending Arms into the Country , as this is only fuelling the Conflict and causing additional suffering to the Ukrainian People

✅ Money of the European Taxpayer should not be used to keep the conflict going. It is not acceptable that  our impoverished people are left to the wayside, while millions of tax payers money is spent on  arms to be shipped to conflicts which are none of the concern of the EU taxpayer

Advocated for Policies which Directly Contributed to it

As the Irish Left roar and shout about the travesty that is the cost of living crisis, never forget that they, with the government, advocated for policies which directly contributed to it.

“The science is not settled”: Irish climate scientist Professor Ray Bates speaks out against the mainstream narrative on climate alarmism, arguing that climate science has become “politicised.”