You are here: Home / The Issues

Our Movement started out with a single issue back in November 2021, 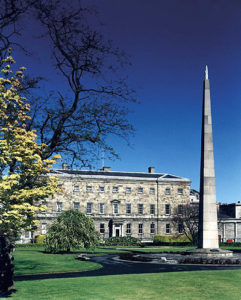 This was set against a backdrop of increasing discrimination caused by this Governments introduction of their so called “Vaccine Passports” and the injustice this created within Irish Society.

A new real Alternative
Since then we have grown in Numbers and began to broaden our range of Policies to become a New National Opposition Party, so as to provide a real Alternative to the Irish People at the next Election.

Grass Roots Movement
The New Irish Party is being born out of a growing grass roots
movement of ordinary people across Ireland who see that
our current elected Public representatives have failed
them.

Mobilising the Irish People
So we are mobilising the Irish People now around a new National Movement
that will have cumann’s ( Associations ) in all 26 Counties across the Nation
and new Candidates who will represent the people in these counties in a
new Direct Democracy Model of Politics, whereby our volunteers will be
representatives of the people in the true meaning of the term Elected representative.

Our Electoral Strategy
The power to make new laws is the sole responsibility of the Houses of the Oireachtas. Dáil Éireann has the primary role in relation to legislation as it is directly elected by the people. Any Citizen of Ireland over the age of 21 can run for election to the Dail. Its our plan to field at least One Candidate
in all 39 constituencies Nationwide at the next General Election.

Once our candidates are elected as TD’s to the Dail we will immediately begin the work as a
new Opposition Party, opposing this Government and their Policies as well as offering credible
new Alternatives.

See : How Laws are Made

So join our movement and future party, its totally free, we welcome
all citizens of Ireland to join our cause to reclaim our Lost Freedoms.

So Join our Party and lets reclaim our Freedoms