You are here: Home / A New Irish National Party

The purpose of this Movement is to help establish a new 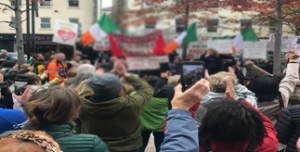 National Political Party that will provide this Irish
People with a real Alternative at the next General Election.

A New Real Opposition Party that will actually oppose this
Government and their disastrous Policies.

Mobilising the Irish People
So we are mobilising the Irish People now around a new National Movement that will have cumann’s ( Associations ) in all 26 Counties across the Nation and a New Party that will field new Candidates who will represent the people in these counties in a new Direct Democracy Model of Politics, whereby our volunteers will be representatives of the people in the true meaning of the term Elected Representative.

Preserving our Culture
We have a proud history and Culture which has been given to us by our forefathers, which we should enjoy and build upon to pass on to our children and Grandchildren.

To reference a speech by J.F.K

For we are opposed around the world by a monolithic and ruthless conspiracy that relies primarily on covert means for expanding its sphere of influence—on infiltration instead of invasion, on subversion instead of elections, on intimidation instead of free choice, on guerrillas by night instead of armies by day. It is a system which has conscripted vast human and material resources into the building of a tightly-knit, highly efficient machine that combines military, diplomatic, intelligence, economic, scientific and political operations.

Thank you for taking the time to read our primary objective Statement.

We at Reclaim Ireland  are looking forward to Moving Ireland into a new future for the people.